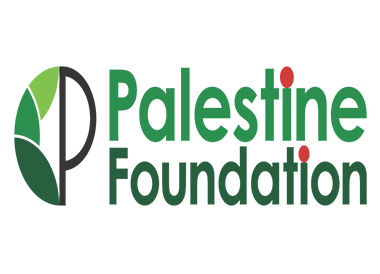 The Palestine Foundation Provides Funds To Help Palestinians Help Themselves

Throughout the civilized world, people of good will, people who place a high value on justice and decency, hold the beleaguered people of Palestine close to their hearts. The resilience and steadfastness of the Palestine people further enhances their stature.

Late this past year a new organization was founded by veteran activists in the noble Palestinian cause. The Palestine Foundation was formed by Palestinian-Americans with many humanitarian organizations in attendance at the home of Lily and Karim Karam in Southern California.

The Palestine Foundation believes that the people of Palestine will “better benefit from tools than handouts.” They strive to help Palestinians to help themselves.

Foundation grants are available upon presentation and approval to work in such fields as teaching children Palestinian history; training in education; public health; the establishment of public medical clinics, and habitat and water projects for refugees. The list is not complete.

The Foundation seeks to promote the three values of sustainability, stewardship, and joy.

To cite but one example, the Palestine Foundation has supported efforts by the Lajee Center which teaches Palestinians how to test their water supply to assure proper sanitation.

The Palestine Foundation has announced its first event/fundraiser. The concert took place on April 2nd of this year in Placentia, California and featured Dalal abu Amneh in Ya Sitti.

Activists in the Palestine Foundation have graciously consented to be interviewed by The Muslim Observer. Herewith is their story.

There are no set organizations that are under our theoretical umbrella. What we mostly mean by being an umbrella organization is that we can bring in a number of organizations that work on different kinds of long-term sustainable projects in Palestine. Being a foundation gives us a kind of flexibility that other linearly-focused groups would not have.

When approximately did this group begin?

The idea of creating the Palestine Foundation has been floating in our heads for about a year now. Palestine has never been a nation of beggars. For thousands of years, it was always the crossroads of exchange in goods, culture, and ideas. We want to reinvigorate that spirit in Palestine, because under the clouds of the occupation is a population full of brilliance and savvy. Ideas in sustainability have to be a litle (sic) creative because of the terrible political circumstances, but if anyone can do it, it would be the Palestinians. So our group solidified its ideas around that concept and then we applied nonprofit status.

Have organizations and/or individuals already applied for grants?

The Palestine Foundation is currently accepting inquiries. We had a major concert benefit event on April 2nd with Palestinian star singer Dalal Abu Aminah and Comedian Amer Zahr that kickstarted our funding campaign. Organizations have been submitting inquiries and we encourage orgs to continue doing so.

In implementing the programs, do you expect any harassment from the Israelis?

As much as the nonprofit world would wish to be able to separate politics from humanitarian work, we can’t. However, most of the Palestine Foundation’s board members and officers have vast prior experience working in organizations that help Palestinians so we are prepared to deal with what comes our way as efficiently as possible. Because, in the end, we want to make sure that the people are able to implement their sustainable solutions on the ground and maintain them worry-free.

When you approve a grant, does the person/persons who lead the grant carry out the particulars with your supervision? How much autonomy does the grant recipient have?

Organizations have full autonomy in implementing their sustainable solutions. The Palestine Foundation’s supervision will not be hands-on but rather arms-length only to ensure that the funds are being utilized to achieve the objective.

Could you give us specifics about programs already underway?

Palestine Foundation’s four focus areas for sustainability are education, health, habitat and the arts. We are currently concentrating on habitat and creating sustainable solutions for quite possibly the most pressing issue in Palestine: water. There are number of organizations that are trying to tackle the water issue in a number of refugee camps. Currently one of our applicants is working in the Aida refugee camp to retain rainwater and create rooftop gardens in which residents can grow crops. They have proven successful so far and want to extend the project to a dozen more refugee camps.

Could you run our readers through a hypothetical project from acceptance (with funding) to completion? For example, if one receives a grant for a project does he or she work with a contact in Palestine; does he work through people like yourself who have had experience dealing with the political situation in Palestine; does he travel to Palestine himself to oversee the implementation?

Hypothetically, upon full acceptance, funding will depend on the number of phases in a project. It is usually best practice to fund a project in phases rather than give the full amount outright in order to ensure that the funds are being utilized properly throughout the project and minimizes the risk of waste. Every dollar raised is precious and should be treated that way.

We have also realized how important autonomy is when an organization works on a project. More importantly, we do not want to be another foreign organization that tells locals how they should do things when they would know much better than anyone else. The reason why we chose to fund a project by an organization is because our in-depth analysis makes us confident it can accomplish its goals.

There will be a committee within the Foundation that will be tasked with ensuring the phases are on track to be completed and provide resources and support where need be. Phase completions will be confirmed by the organization and then reviewed through the means of technological communication or personal visits by the committee. A report will generated and given to the executive committee. The executive committee will then send an approval request for additional funds to the board for the following phase along with a disclosure from the organization that it is not receiving funds from another organization for the same phase about to be funded.