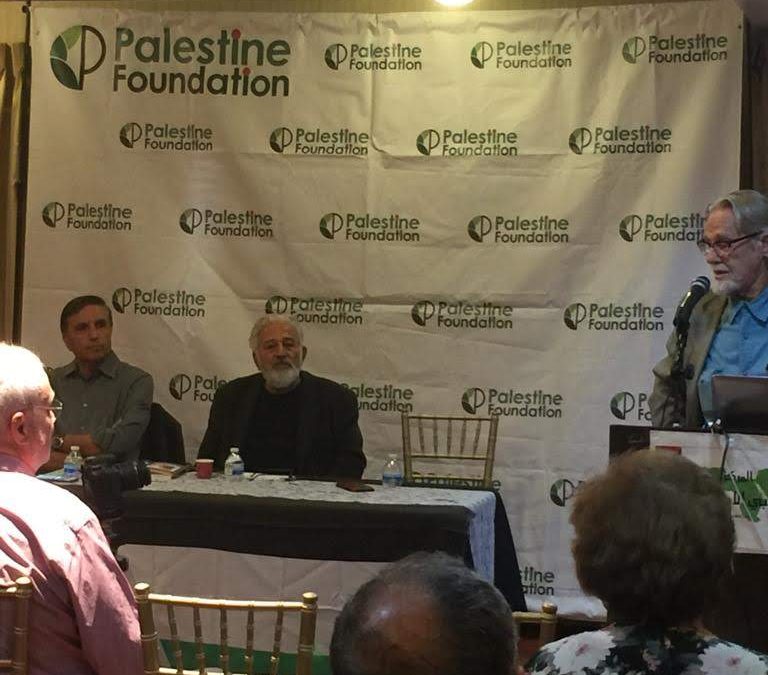 by admin
News, Past Events

The Palestine Foundation, a California-based international non-profit organization, held a unique event in Southern California on 20 April 2019.  Held at the Arab Cultural Center in Anaheim, the event featured two lectures, one by retired professor Vernon Smith, a Nobel laureate in economics and retired professor Ramzi Suleiman, a psychologist and currently a researcher and lecturer in physics.

The two prominent speakers spoke to an audience from the Arab-American community that was mesmerized and engaged the speakers with numerous questions.  Dr. Smith spoke about the early days of economics research and his work that was not considered part of the main-stream theory at the time. The community eventually saw the value of his work, which is now considered a cornerstone of modern economics and lead to awarding him the 2002 Nobel Prize in Economics.  He also used his life story to introduce Dr. Suleiman who has published theories that the main stream physics community has not accepted.

Dr. Suleiman spoke at length about his research in modern physics and reaching conclusions regarding the classical work of Newton as well as Einstein’s theory of general relativity. Dr. Suleiman described his journey in an inspirational manner and his satisfaction with reaching a stage of contributing to such an important science, in the hope that it would be recognized in the future.

The Palestine Foundation held the event for the purpose of kicking-off one of its new projects.  In addition to its known projects such as providing potable water to some communities, the new project involves providing university scholarship to Palestinian students who meet academic requirements and commit to returning to help their communities with sustainable project.  In the near future, the Foundation will roll out the details of the scholarship and announce the opening of applications.